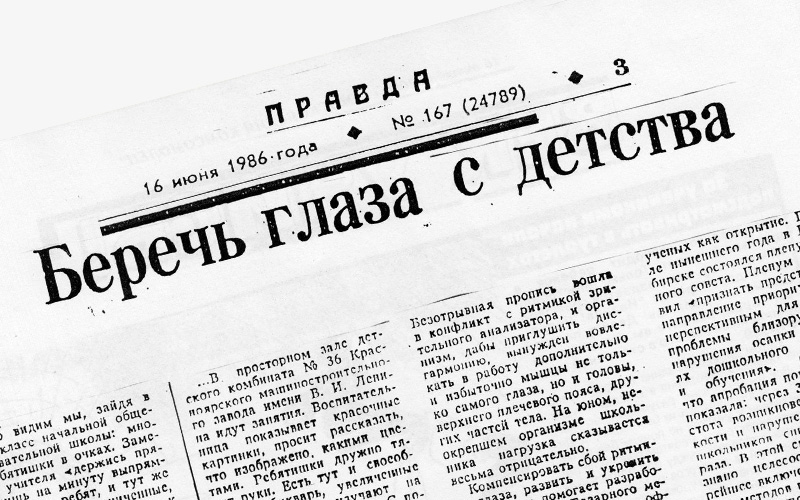 Pravda 1986: Protect your eyes from childhood

What do we see when entering any class of primary school? Many kids are in glasses. The teacher’s note “hold your back straight” straightens kids’ bodies only for a minute, and then, they begin to lean to the table again like magnetized.

Shortsightedness. It has been collecting an extensive tribute in our enlightened age since the younger generation. Where did the defect of vision at a quite young creature that learned to read only yesterday come from? And there was an explanation: shortsightedness is a hereditary disease.

The traditional view of the nature of shortsightedness was doubted by the young candidate, but now Doctor of Medical Science V. Bazarny – the Head of the Clinical Department of vision adaptation of the Research Institute of Medical Problems of the North Siberian Branch of the USSR’s Academy of Medical Sciences.

The traditional view of the nature of shortsightedness was doubted by the young candidate, but now Doctor of Medical Science V. Bazarny – the Head of the Clinical Department of vision adaptation of the Research Institute of Medical Problems of the North Siberian Branch of the USSR’s Academy of Medical Sciences. Ten years ago, the scientist conducted the first survey of a thousand and a half children of preschool and primary school age. Two thirds of them bowed their heads at an unacceptably low distance from “the object of visual fixation” - less than twenty centimeters. But there is a paradox: the vast majority of the thousand children had a vision of 1.0 and higher. An abnormal position cannot be explained with fatigability because their heads “dived” to the desks during the first minute of the lesson, and by the end of the lesson, even a few ones were raised. The studies showed that 6 – 7th formers, who had real shortsightedness, held their heads over the desks higher than the first formers.

Hence Dr. Bazarny brought one of his main theoretical suppositions: a wrong position of sitting at the table is primary, shortsightedness is secondary, but not vice versa, as everybody thought.

The scientist called this phenomenon “the syndrome of a low bowed head”. And he began to search its origins in I. Sechenov’s teaching. Indeed, when a child bows his head to the book, a teacher’s remark “sit still straight” will not help. It is very difficult in terms of physiology to make several groups of muscles: eyes, hands, heads, work in unison. An appropriate system of preschool education is needed here. Krasnoyarsk people’s experience can serve as a starting point for its creation.

In the spacious hall of the children’s plant № 36 of the Krasnoyarsk engineering plant named after Lenin are classes. The teacher is showing colorful pictures and asking to tell what is shown in the pictures and what colors. The kids are pulling up their hands together. Also, there is a kind of primers, the children are learning enlarged letters at a considerable distance. Using this kind of methodology, almost without delay children have begun to grasp the entire syllables which are put in words so quickly. The practice of pre-school education urgently requires a broad publication of demonstrably - methodical training aids such as wall “ABCs” and “primers” for the development and consolidation of reading skills in the distance.

Scientists say that the replacement of school desks on tables has a harmful effect on children's vision. The fact is that on the horizontal surface an upper part of not only the text but each letter is spaced farther from eyes than the bottom one. There is a so-called effect of optical perspective that a child tries to neutralize with a bend of his head. In addition, sitting at the table, an apple of the eye goes down that is bad, too.

In the Krasnoyarsk’s school number 68 classrooms are equipped with furniture by doctor Bazarny’s procedure. Tables here are replaced with desks of special design. An inclined surface of a desk can be lifted easily and silently and it can be transformed into something like an old and undeservedly forgotten writing desk at which K. Marx, V. Lenin, and L.Tolstoy preferred working in standing position. The Institute Laboratory recommends students the ratio of standing - sitting positions as 1:3.

Since 1968, the traditional calligraphic writing in our schools was replaced with the continuous one, and later a new writing was introduced. As acknowledged by one of the authors of a new “Primer”, “with the introduction of a new system of writing, students’ handwriting has been deteriorated”. A group of researchers under the direction of Bazarny examined the situation. The fact is that it is peculiar some rhythmic and involuntary micromotion to human’s eye. Previously, this imperceptible pulsation corresponded to pressure of a fountain pen; the writing process was harmonious with physiological characteristics of a writer. The continuous writing came into conflict with the rhythm of visual analyzer, and, in order to muffle the disharmony, the organism had to involve additionally and excessively muscles not only of an eye but a head, an upper body, and other body parts. Some load affects very negatively at a young, not strong schoolchild’s body.

The technique of coordination ophthalmosimulator developed by the Bazarny’s group helps to compensate for the failure of eye rhythm, develop and strengthen its muscles. Let’s visit the school number 8 in Krasnoyarsk. Under the ceiling in different parts of the classroom there are signal lamps, different game themes are painted on their dome lamps. In the middle of the lesson from a single control desk in all classes signal lamps are turned on. They flash alternately; children stand up and follow the running wave of lights. The P.T. break reduces eye fatigue and increases the activity of the children during the lesson.

The Institute Laboratory also held a number of important regional research based on kindergartens and schools of polar cities such as Norilsk and Dudinka. Long time ago machines and mechanisms were made in the northern performance, but there is no school program that would take into account the conditions of the Far North, in particular, seasonal variations of functionalities of eyes.

In the North so-called factor of enclosed rooms and confined spaces lets know. In addition, a child has a completely different vision of the polar night and the polar day, the school program does not take it into account. With a glance to the northern specificity, the staff of the department of vision adaptation of the Research Institute of medical problems of the North developed recommendations on the treatment sessions.

Original research by Dr. Bazarny and his students are increasingly recognized and practical application. Materials were shown at the VDNH USSR, awarded with gold, silver and bronze medals, they were presented at various conferences, symposia, and seminars. On a number of national meetings, known pediatricians of the country regarded Krasnoyarsk scientists’ works as a discovery. In April of this year in Novosibirsk, Scientific Council plenum took place. Plenum decided to “acknowledge the represented direction to the priority and promising to solve the problem of shortsightedness and fault in posture in terms of pre-school education and training”. It was noted that the approbation of new methods showed that in 3 - 4 years the frequency of shortsightedness appearance and fault in posture of schoolchildren reduced by 2.5 times. In this regard, it was decided appropriate “early inclusion of the developed methods in the action plan for the implementation of the reform of comprehensive and vocational schools”. It should be noted that the guidelines about mass prevention of shortsightedness were presented not only once by the Ministry of Health of the RSFSR, however, and now they lie motionless. Perhaps, there has been a dual position of the Moscow Research Institute of Eye Diseases named after Helmholtz. In 1982, the Deputy Director of the Institute, the chief pediatric ophthalmologist of the RSFSR, Professor E. Avetisov officially stated that he did not see anything new and useful in the Krasnoyarsk scientists’ studies. Based on this opinion, Krasnoyarsk area health services began to stop experimental works in schools and kindergartens very quickly. It took years of struggle and controversy to make finally clarity in this issue.

Recently, according to the instructions of the Ministry of Health of the USSR, a senior researcher of the same Research Institute named after Helmholtz, Doctor of Medical Science Y. Rolenblyum visited Krasnoyarsk with a committee. Having acquainted with the situation in secondary schools and a kindergarten, he made this conclusion: “This methodology is interesting, it does not require a capital cost on its implementation and seems to be very effective in preventing shortsightedness and fault in posture at primary school children. It can be recommended for implementation”.

There is some hope that now the ice is broken and there are no obstacles to the implementation of the preventive method. 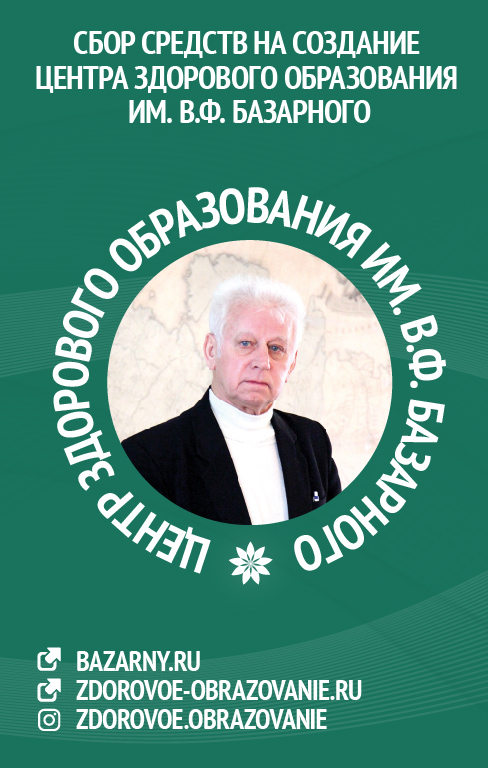 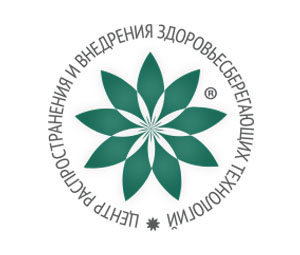 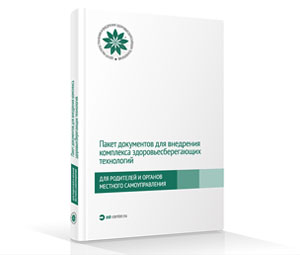